Pics of Australian Forum Members'choppers in the 60's & 70's... post or email your photos and commentary to andrew@choppersaustralia.com
Post Reply
20 posts

A mate's brother brought his album around the other day and here is a selection from his time in Pt Pirie, SA in the mid seventies... 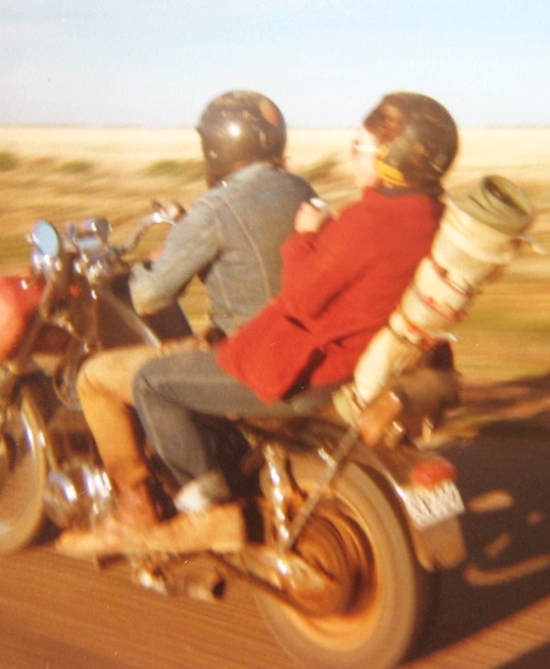 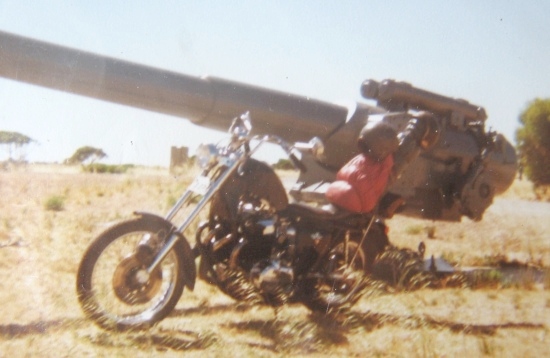 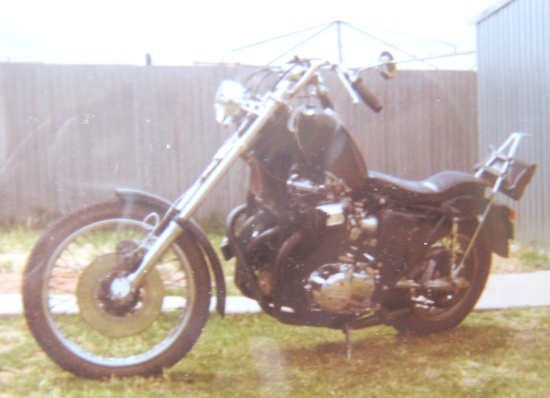 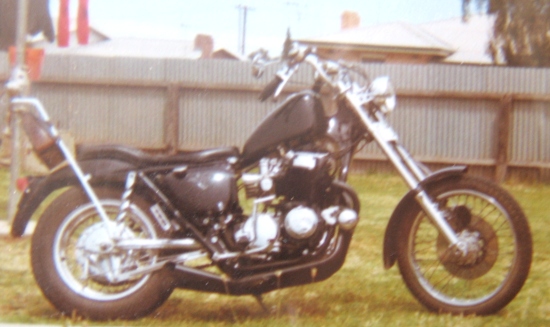 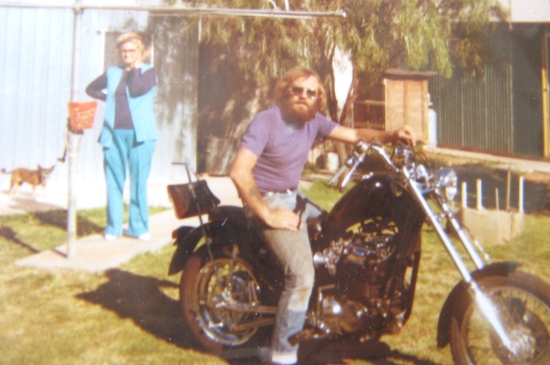 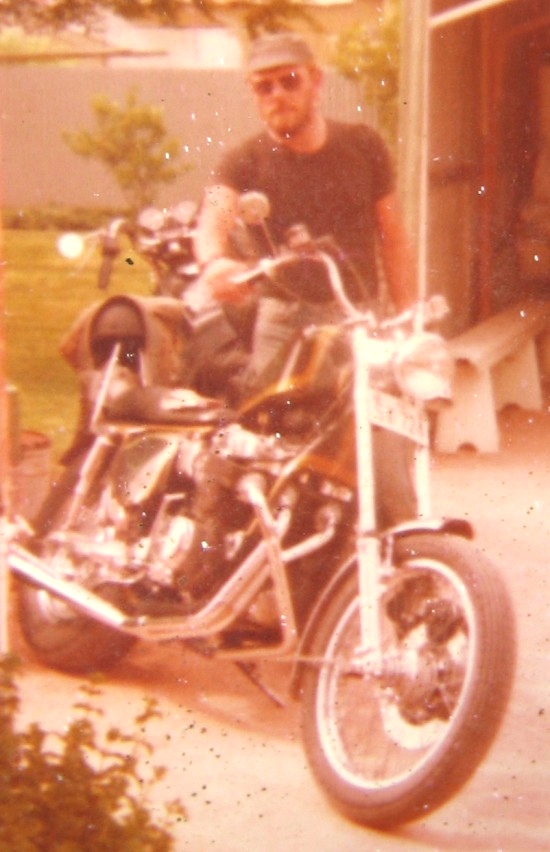 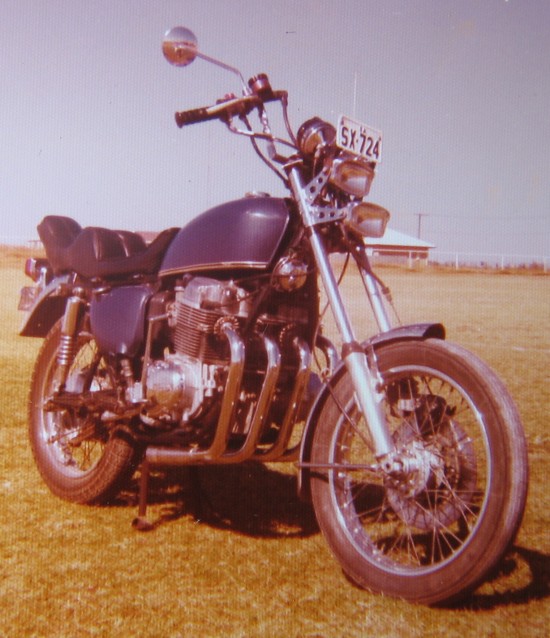 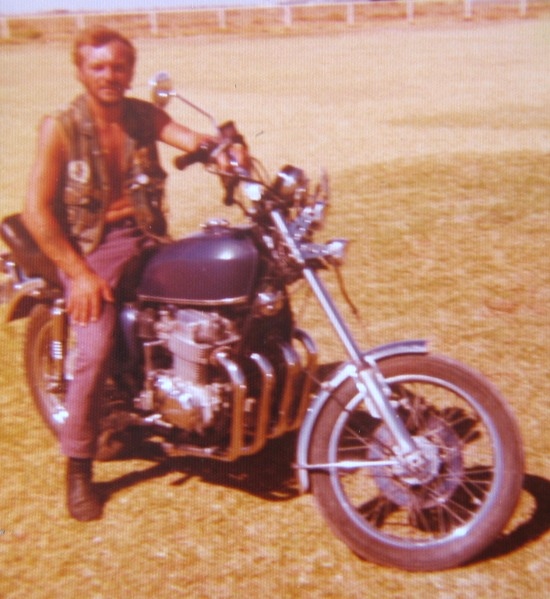 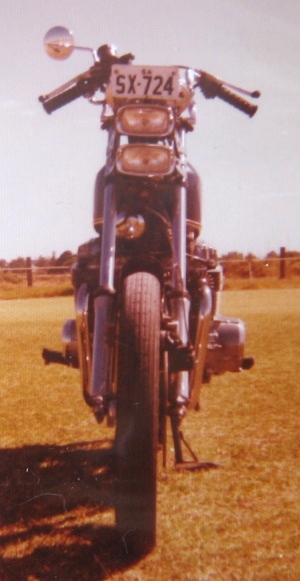 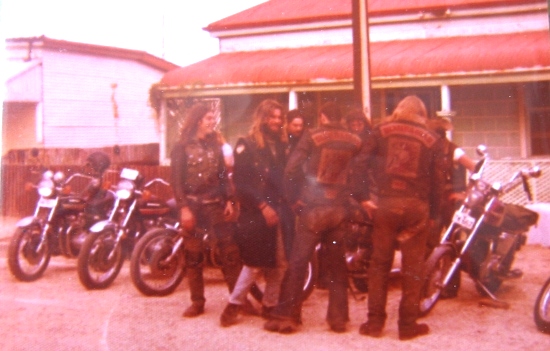 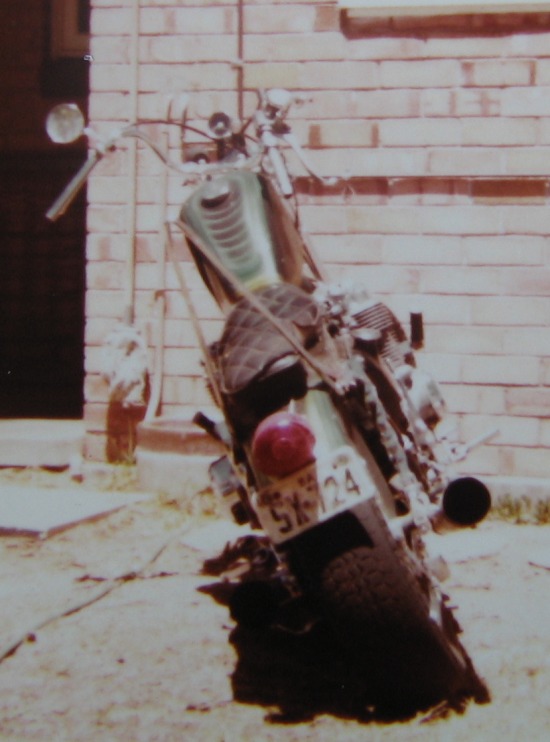 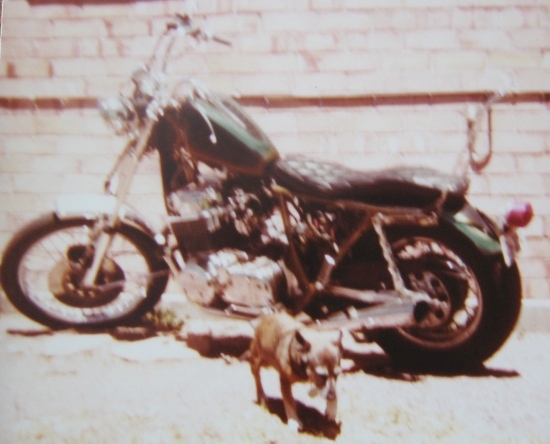 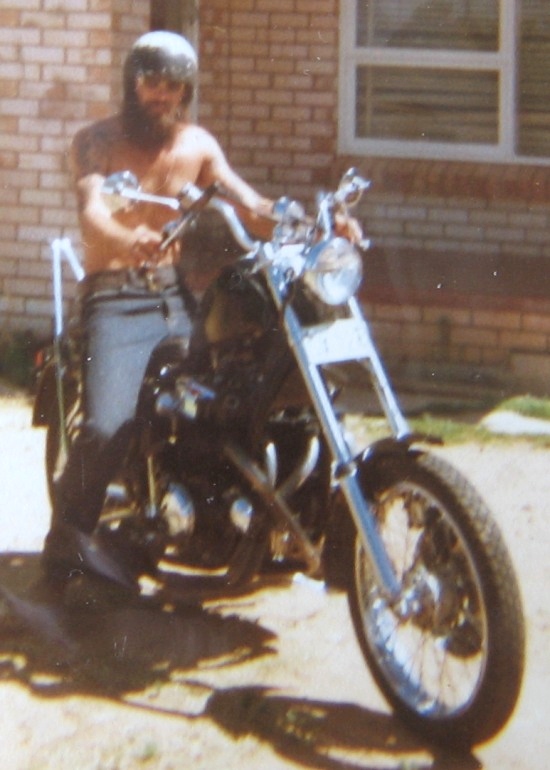 Ridgies and chopped fours....life is still sweet, thanks for the pics
Top

great pics .......about the time i was cutting my teeth on the road on a 650 yam 1st model with single front disc and rear drum back in 76/77 ........intereted in the patch
RIDE HARD JUST DONT GET CAUGHT
grow old riding a chopper
Top

Thanks for that Laney. I've asked a couple of guys who were involved in clubs in Whyalla, and Pirie, but you're the first to come up with the goods... which is your bro?
Chopit'nrideit... Prof
Top

Can anyone else see the little skull face in the top of the passengers helmet in the first picture. Looking over her shoulder?
Maybe I need to straighten up a bit!
Harleys SUCK - Real men ride Yamaha's - FAST
Top

Yup I see it!...
And a big smiley face shadow at the back wheel.

We did a cassete cover for our first album and it had a pic of the band with a storm cloud background. Seemed ok to us and after we distributed them people began remarking on the evil face in the clouds.
And when we looked, sure enough there it was and pretty obvious.
Dont know how we ever missed it... it was right in the middle over the band.
Thing is...was it really in the clouds when the pic was taken??
Or due the the evil rock music did it 'bleed into the print' afterwards... bowahahahaaha...

BUILDING BUDGET CHOPPERS AND RUSTY RATS SINCE 1983
..One Day I'll get it right!..
Top

i see the skull too

and G, the skull in the clouds is becouse you play Devil Music.

74chopper wrote:i see the skull too

and G, the skull in the clouds is becouse you play Devil Music.

i will try to dig up some 70's whyalla club pix for y'all.

BTW - great old pics. I wish I was old enough that I could have been out on the bikes back then. Sadly I didn't get to hit the roads until 1986. But I have tried to make the most of the last 20 years... hence my good behaviour license I have found myself on.
Ahhh the mid seventies.... I was still primary school, but dreaming about being on a bike all the same.
Harleys SUCK - Real men ride Yamaha's - FAST
Top

Seventies had their good and bad side...The cops were a lot nastier then as dirty attire and shiny non stock bikes were cutting edge then.

Defects were the order of the day as well as cops trying to incite us to swear to their face or hit back... tricks like standing on our feet and poking us in the chest, twisting our ape hangers around and breaking cables, giving us five minutes to be out of town etc etc... and I was clean, short haired, clean shaven (cos I couldn't grow anything til mid twenties!!), no cutoffs... but didn't make much difference.

On the other hand, everything was pretty experimental and we did some pretty stupid things and got away with most of them... though I kept away from the patch clubs.

In early 70's in SA patch clubs were also pretty new then and not into too much organisation or crime more just public larikanism...
Chopit'nrideit... Prof
Top
Post Reply
20 posts

Return to “Chopper pics from Oz past...”