Jethro's CB750/4...
As a kid growing up in the mid to late sixties, I can still remember seeing all the bikes lined up along Hindley street. On weekends, clubs would gather at “Eagle on the Hill”... a popular place to begin runs.
My first ride as a pillion passenger was on the back of my cousin’s Z-900, an awesome introduction to bikes, which left me literally shaking in my boots. 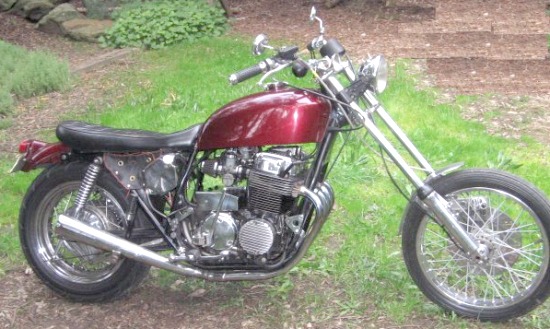 At 15 I got my first bike, which was the first of about five trail bikes. My first road bike was a Kawasaki Z650. My only foray into British bikes was a BSA Bantam 125!
My first “Honda 4” was a secondhand K6 back in 85. It had extended forks and slight mods, but proved to me... over the next 8 years, how strong and reliable the engines were. I sold it for more than I paid for it, (didn’t realize the prices of them had just started to go up), and was “bike-less” for a while. 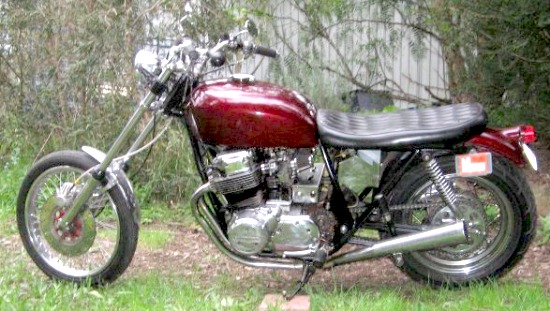 In 2001, I happened to mention I was looking for another 750/4, and a mate spoke the classic line, “I know someone who’s got one in his back shed and might be interested in parting with it”. I went and saw it and it was a sorry sight.
The bike hadn’t been registered in 9 years. The seat was missing, it had no battery, the lights were broken, brake lines cracked, tyres stuffed, and it was covered in grease and dirt, and I mean covered in grime so much I didn’t realize there was any chrome on the bike! Anyway, I got it home and spent the next three months cleaning it up. 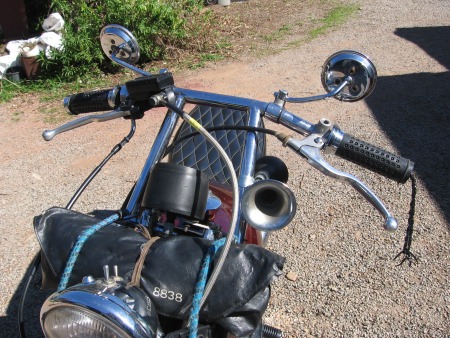 The bike is a 1972 CB 750/4 - K2. It is not radical, but the changes are minor and subtle, which sometimes, can be more appealing. The frame is molded and raked to about 40 degrees. It has a 16” back wheel, 140 rear tyre, (fits in by millimeters!) lowering blocks, bobbed rear guard, and triumph rear tail light. 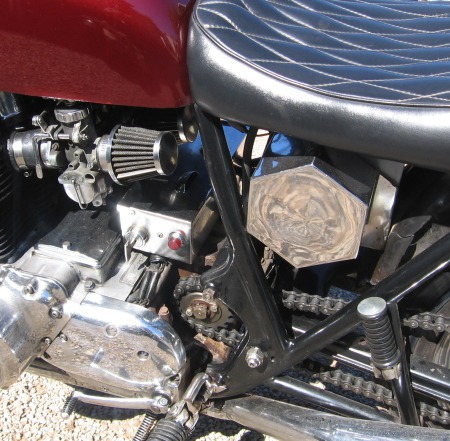 The seat is lower and flatter, with a quilted pattern. The tank is de-badged and the bike has chrome engine side covers, rocker cover, foot pegs, hexagonal oil tank, plus a repositioned electrical casing box at the rear of the engine. 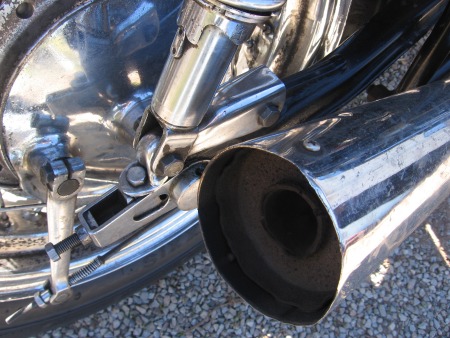 [There are 6” overs, late model Yamaha master cylinder, after market headlight, braided brake lines and oil lines, and cut down front guard. The Avon 3” by 19” front tyre nicely compliments the rear set up.
It probably has an 810 kit, as quite a few people have said how strongly it goes. It is not perfect; a lot of the chroming was done in the 70’s and needs to be redone, but it’s a goer, and it’s ridden. 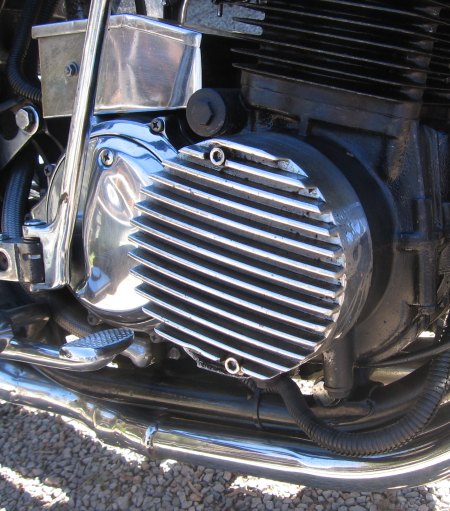 Future changes? I have a set of high rise T bars to go on, maybe a 21” front wheel, and probably a detachable sissy bar (for pillion comfort), but perhaps these changes might alter the “subtle” theme I was talking about before... don’t know... have to try it and see.
That’s the enjoyment of owning a “custom” motorcycle... you can alter it as you see fit, and if you don’t like it, change it. 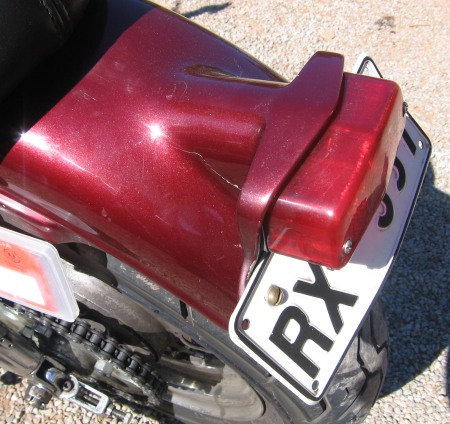 Down the line, I would like to get something else to ride, maybe a Shovel or a Sportster, and take the 750 off the road and get everything redone and re-chromed, to what it must have looked like when it had just been chopped.
But there are definitely no plans for it to go back to original, showroom condition!