Bacca’s KZ 440 Kawasaki could easily be called the “Ebay Bike” as not only were most of the parts purchased from this source, but the bike itself. 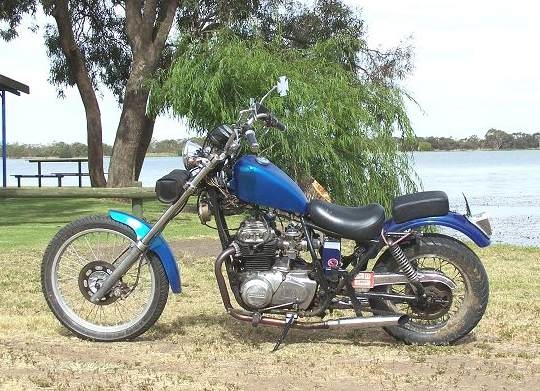 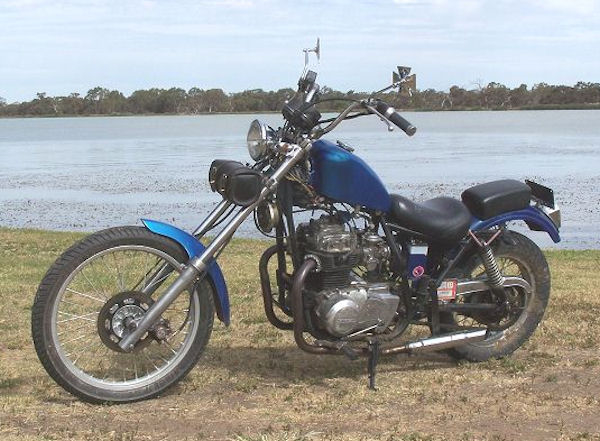 Forks are from a KLR Kawa which work out 8” longer than originals. He’s not sure what model the 21” wheel is from. The frame has been extensively modified...front down tubes +3”, top rail +2”, seat rails dropped 2” and swing arm +4”. Rake is now about 40 degrees.
Bacca did all the work except for the final welding which he had done by an engineering shop. 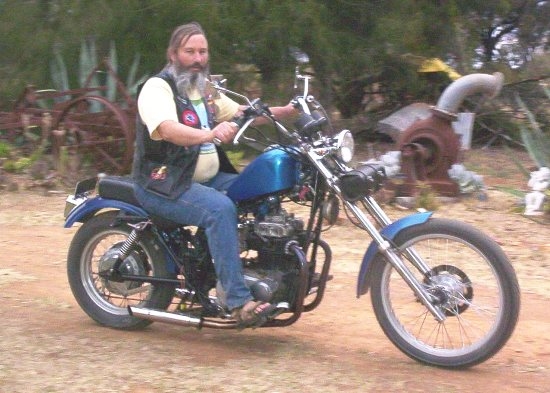 Tank, seats, rear mudguard (cut down) are from three different Sporties… off Ebay of course as are the slash-cut mufflers. Headlight is a Bates copy and the handlebars are reshaped XS650 pull backs. Indicators of Ebay are designed to fit in handle bar end, but worked relly nicely on the headlamp brackets. 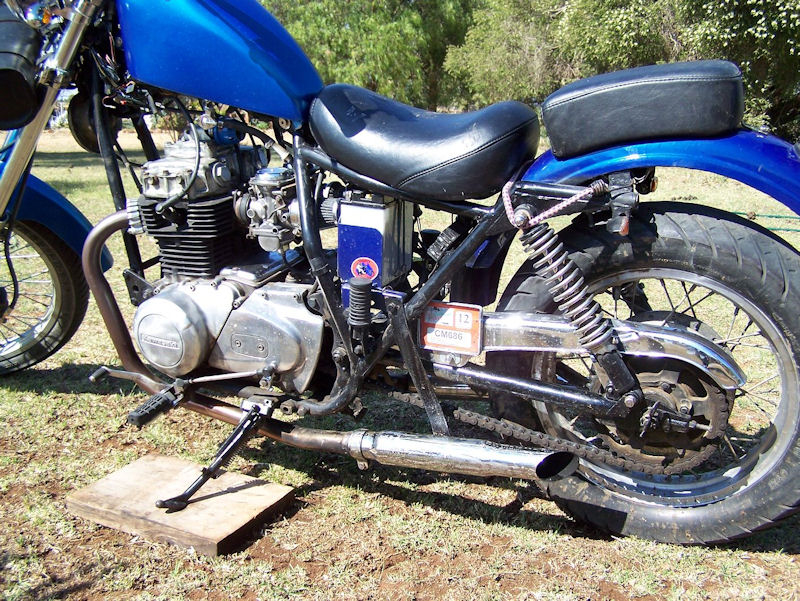 Bacca turned the battery 90 degrees, which opened up the whole under-seat area and used pot air cleaners on the standard carbies. The semi forward control brackets are welded to the frame. The gear linkage is from a Sports bike and the brake lever pivot was moved forward.
Bacca spends every moment he can riding his bike which can be an interesting exercise seeing as many of the roads in his “outback” area are dirt, but he sure knows how to handle that bike. 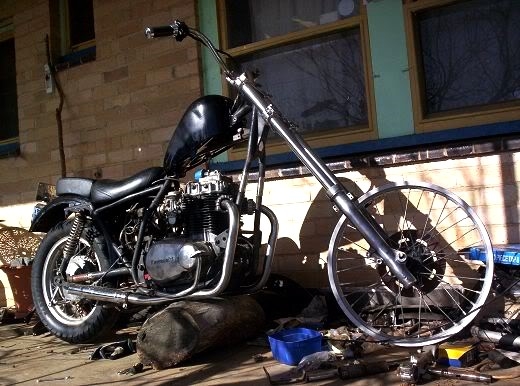 So rapt is he in this chopper that bigger things are in the pot when the cash becomes available… perhaps a chopped Moto Guzzi Californian?
You can read all about the process from beginning to end on Choppers Australia website forum… “Your Chopper Project…” 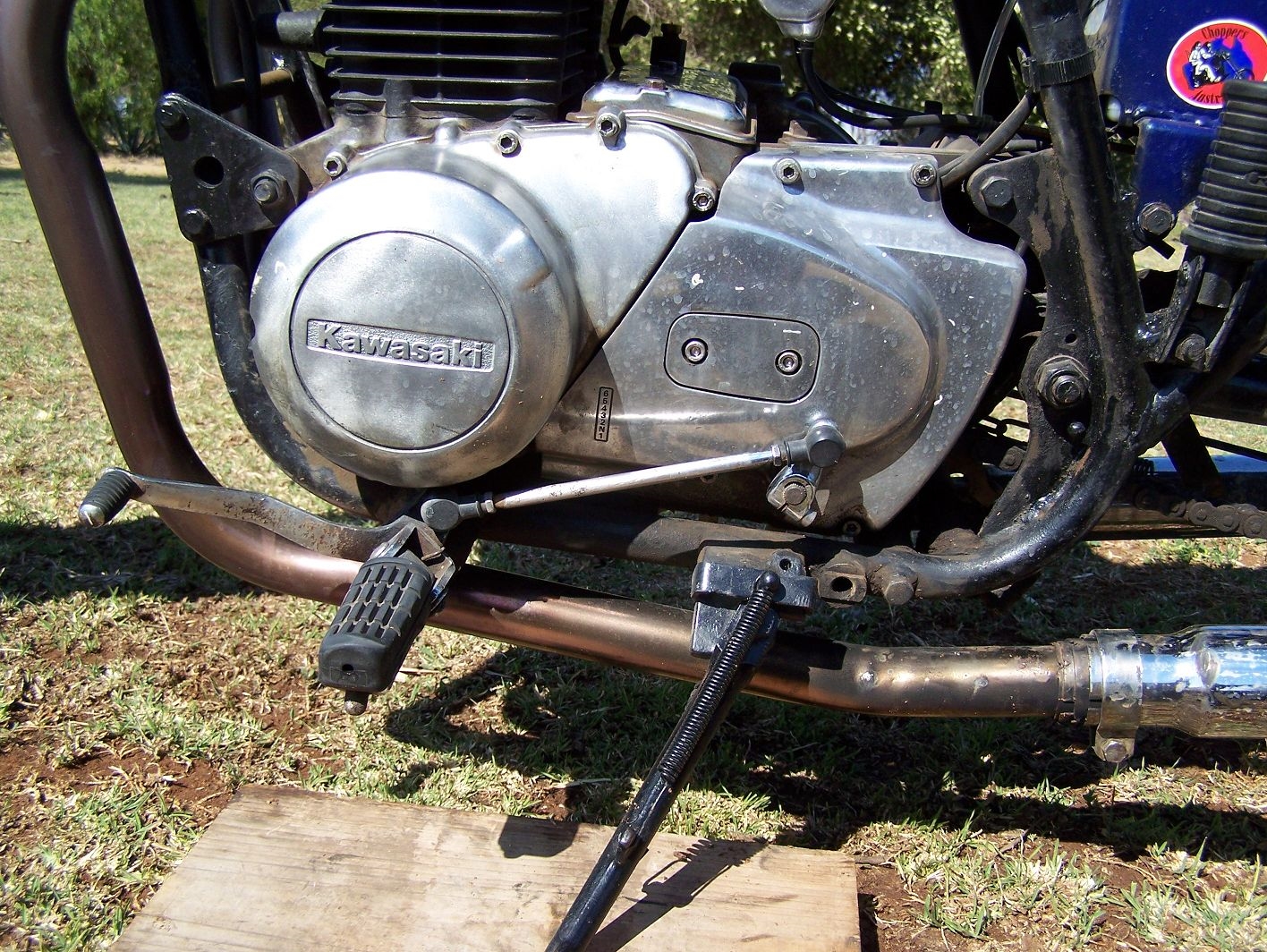 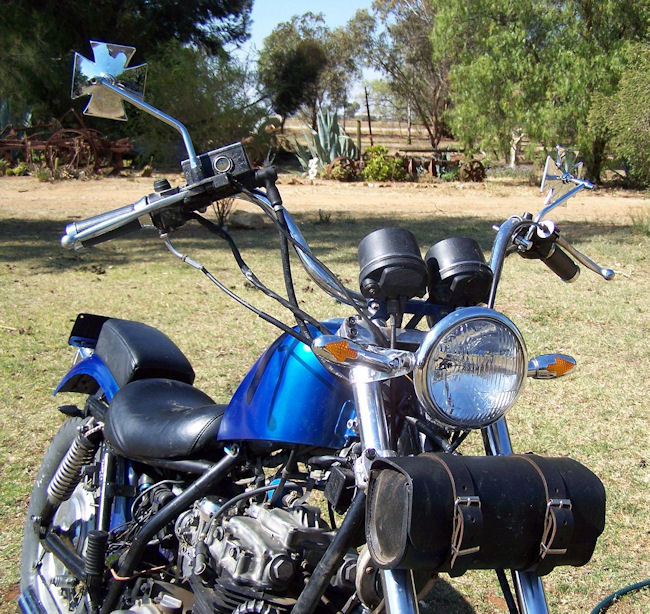 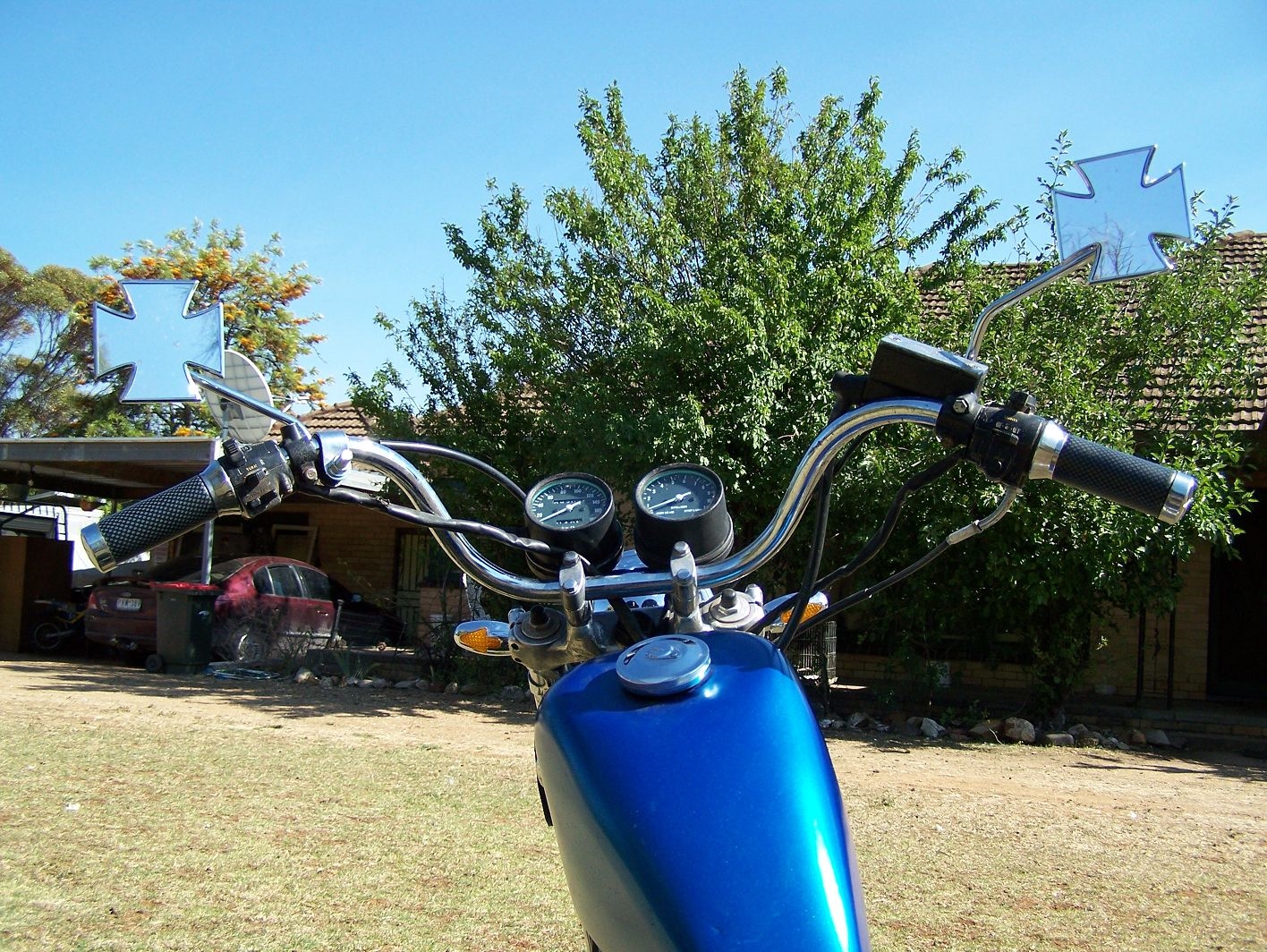