I brought my first bike, a BSA A10 road rocket when I was 16. My mum had to sign for the bike, as I was too young at the time. A couple of years later, the 750/4s came along and, after riding a mate's from the club that I was riding with at the time I had to have one. 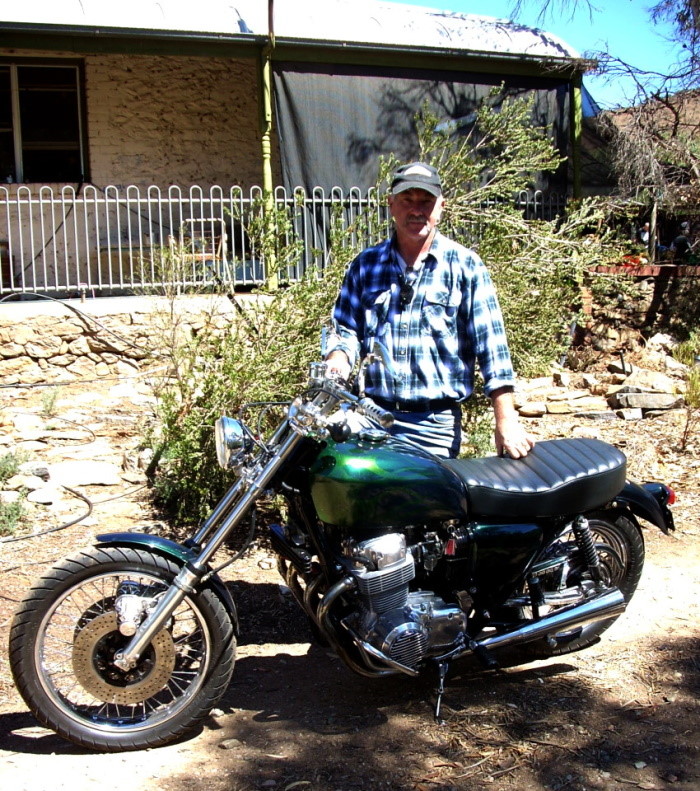 I have raked the frame 7 degrees and added 6 inch overs. The front end now sports twin disc brakes off a 70's ex police bike (they came out factory fitted by Honda back then).

I replaced the stock 18 x 4 rear wheel with the fatter 16 x 5 and I lowered the back end. I used lowering blocks to drop it two inches and picked up a pair of 12" koni shocks to drop it another 2". I've just found a place on the internet that supply a whole range of custom Honda gear and these konis, am waiting on their shipping costs. 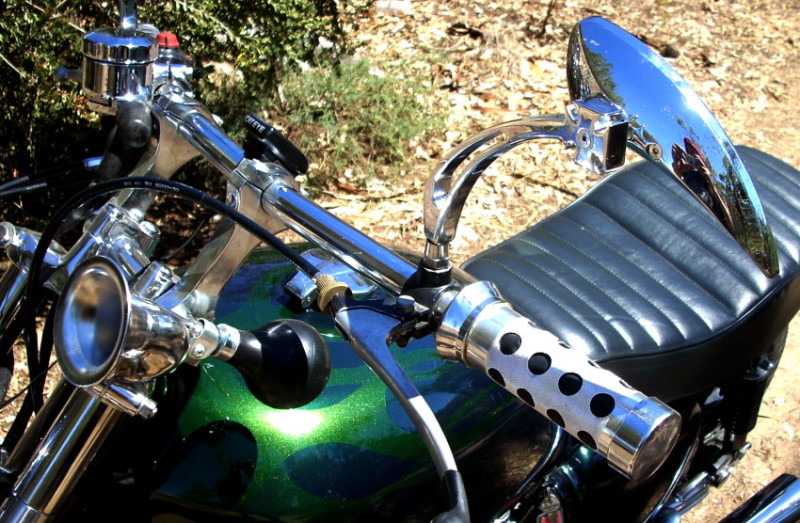 It has a custom bates-style headlight and a pushbike electronic Speedo I bought from a pushbike shop for $45. The only drawback is no illumination, but a small LED could be set up. I picked up the teardrop mirrors in Bali for A$80. It has a lot of less obvious details such as machining the fins off the rear hub before chroming, oil gauge, oil cooler and engine guards etc. The bulb horn off a pushbike is legal. Alloy hand grips came from the States via EBay.

The 4 into 2 pipes came with the bike. The paint job with ghost flames was done by a good mate, Billy. 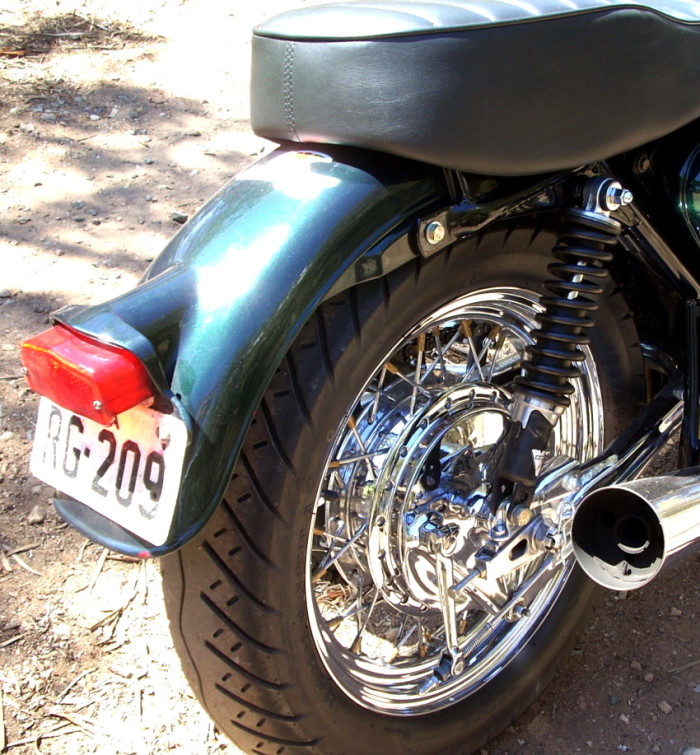 When I purchased the Honda, the motor was leaking a lot of oil from the penny washer oil seals under the cam towers, so it was out with the motor to do the head. It turned out that one of the washers had been installed upside down. While it was apart, we put in a new set of rings, cam chain and valves although they didn't really need doing. I like to start all new engine parts when I have the opportunity. 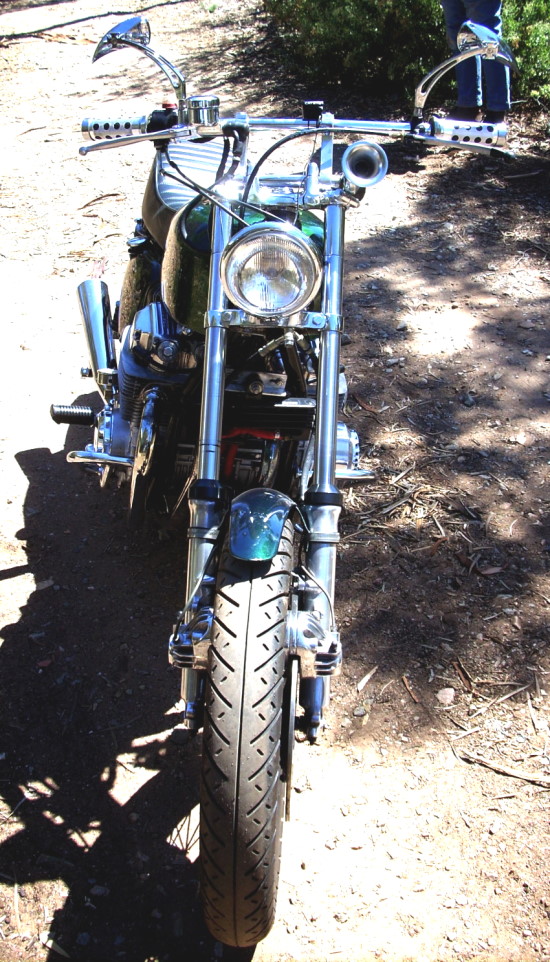 I am very happy with the bike. It rides and handles really well. The Konis give it a harsh ride on our rough roads, but on smooth roads it is great. It won the people's vote at the last Choppers Australia Muster.

I also have 4 other Honda 4s, all K2 750s. One, which I have owned for 20 odd years is an original candy gold colour. I am also rebuilding another to standard. I have a rigid ex speedway frame that is for sale. 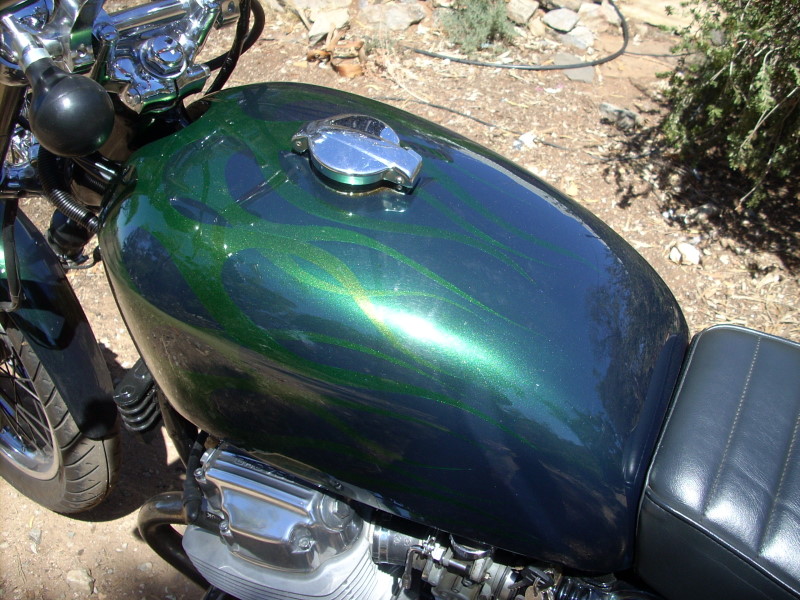 The last one, I am building as another chopper. I have collected a lot of custom gear which will go on it, but otherwise it will be a budget build. I only started chopping bikes after being involved with choppers Australia and over the years I passed up a lot of cheap custom gear! 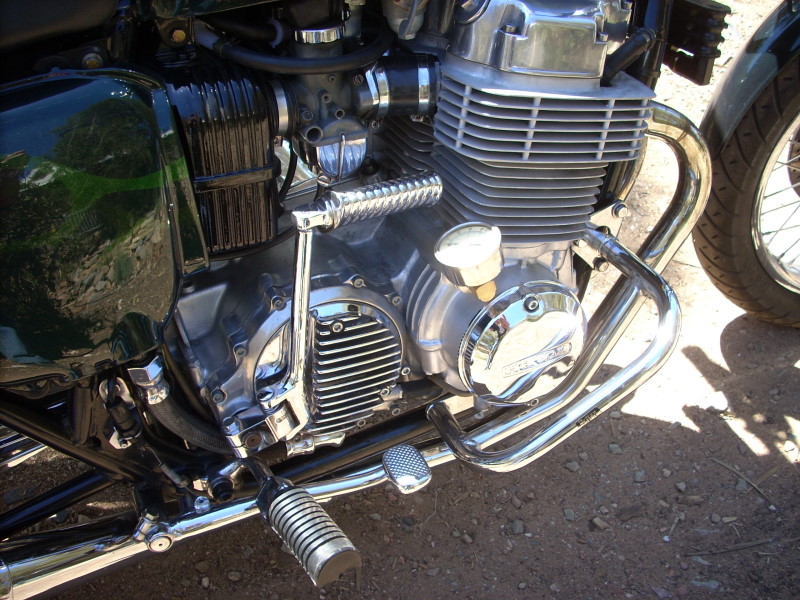 As you can tell, I love the old 750/4s they are a great ride. I have had them in my life along with some Jap trail bikes on and off over the years when marriage and kids permitted. 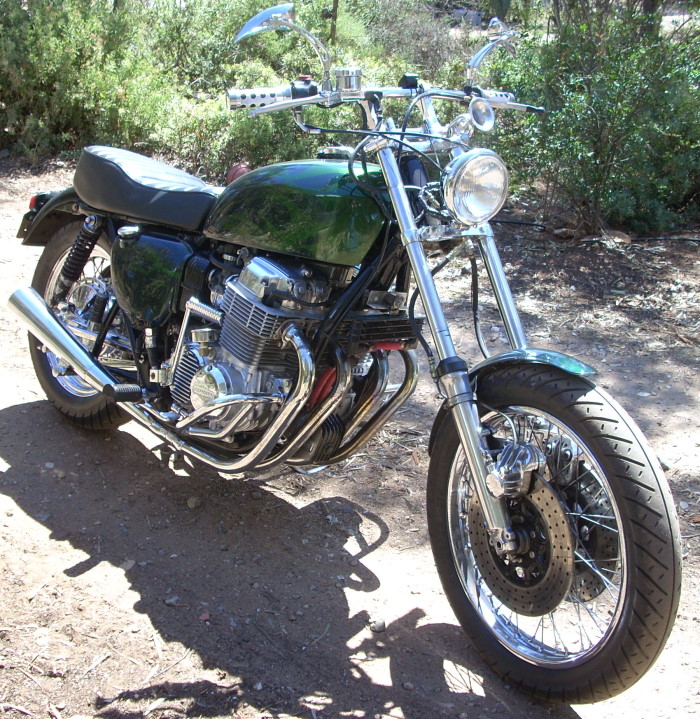