'To the point' advice on what fits what, parts interchangeability and simple solutions to common problems...
This forum applies to Harleys.
Keep your post brief. You may include 2-3 clear cropped photos (max 600 pixels wide)...
Post Reply
1 post • Page 1 of 1

My shovel would spin over with the starter but not start. So how to find out the problem?

Riding home along the Southern Expressway the other night the shovel ran like a Swiss watch. The weather was perfect and traffic non existent so in a state of near euphoria I opened her up and... better not incriminate myself! Dropped back to 80k and just settled down to just cruise and she started missing. Last 8 or so miles were a real chore struggling into my drive doing max of 50kph. then it died and would not start... no life at all and the same the next couple of days I hit the starter when going past.

This is not a complete 'How to do it', but are the steps I take when trouble shooting a non starting bike. Sorry about lack of photos.

Step one. Is there power at the coils. I test this with a multimeter. Yes power to each coil. I run a twin point and coil set up.

OK Step two... is there spark. I pull out the plugs and rehook them to leads and ground on the fins and spin the motor over. Got blue spark. Red is weaker. Note that though a spark plug may fire outside the cylinder, it may not fire under compression psi in the cylinder. Don't have any new plugs but try a set of ones I'd replaced during a previous service. No change.

Step three... Fuel. Take off air cleaner and twist throttle. A good squirt from the accelerator pump, so carby is getting fuel. Is a jet blocked? Squirt a liberal dose of Aerostart into the carb as I spin the starter. No life, so it's not a fuel problem.

Bike is way overdue for a service, so I readjust points (very minimal gap, should be 12-16 thou). No change. 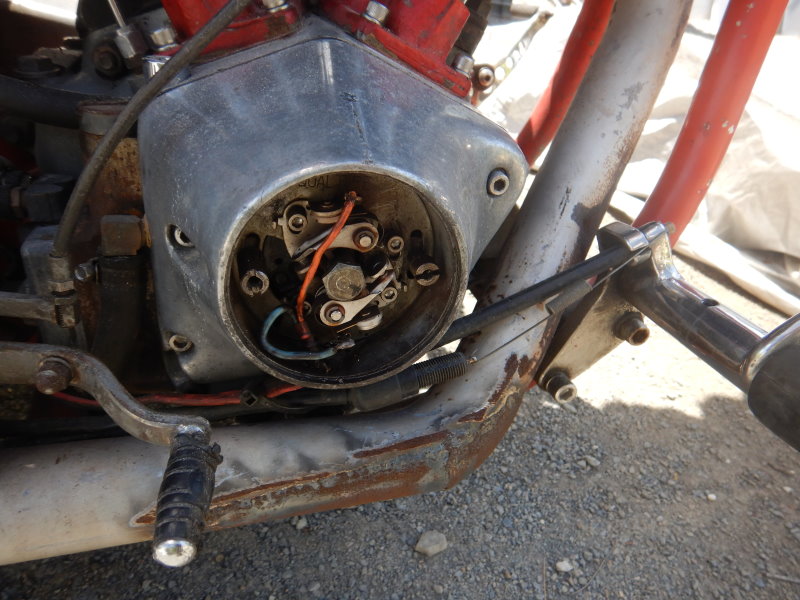 Although when I use the kicker, there seems to be reasonable compression, pushrods need checking anyway. If they are riding, the valves will not properly close and compression and therefore starting and power on tap will suffer. Pushrods are a bit tight (I have solids so they need to spin freely when the valves is seated). Try the starter again. No change. 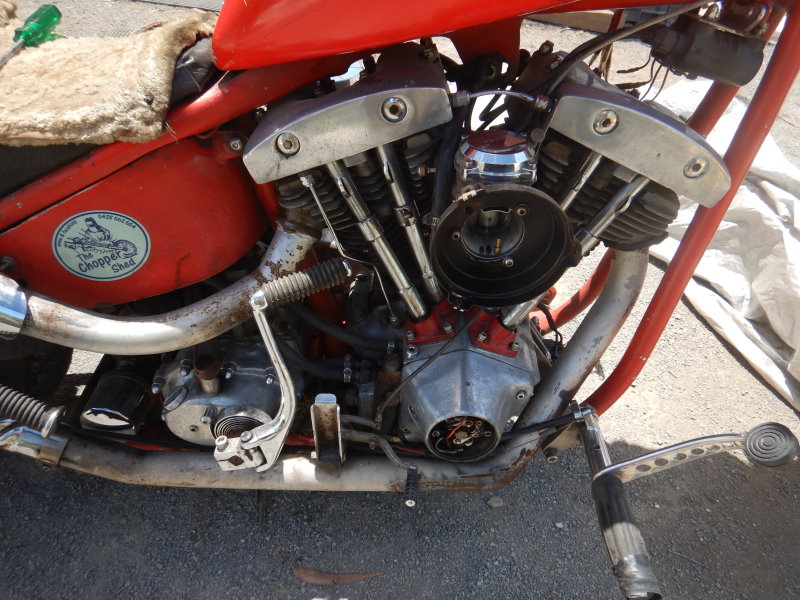 Ok, maybe coils are faulty. Swap in a new set with new leads and plug caps. Bike fires up... on the front cylinder only. That's wierd. OK swap front plug to rear and visaversa. Now fires on rear cylinder only. So one faulty plug at least. 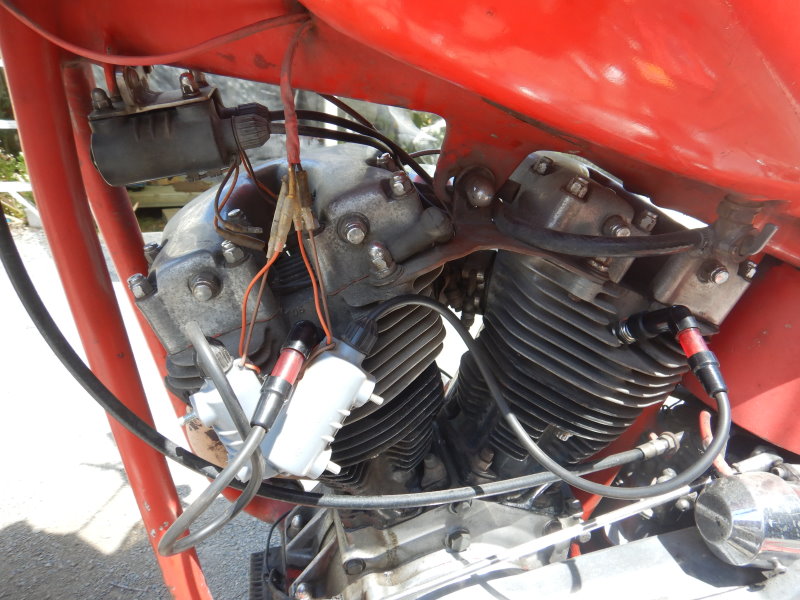 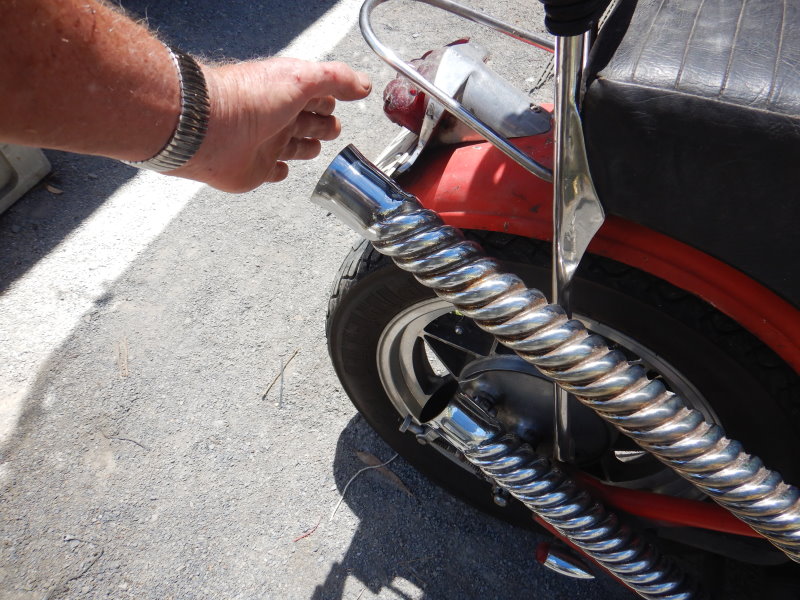 OK, so plugs spark outside the cylinder but not inside, which suggests weak coils and or plugs. Maybe the high speed burst did them in.

So down to Sprint Auto for some new plugs which I need to keep in stock in the shop anyway. NOTE that new plugs can be duds out of the box, or after 50 miles or 200miles so I always keep a set of working plugs (not new ones) in my tool kit.

Put in new plugs and the bike starts and runs fine. So definitely plugs were a problem. What about the coils. Re hook up the old coils and bike still runs well. So it was plugs all along, though why it wouldn't start until I added the new coils has me with out an explanation.

I take the bike up and down the road and advance the timing a little to get it running nicely. This is the best way to time your bike and more accurate than timing lights etc. Like each of us, motors are individual and need slightly different settings. Bike should pull away through the gears smoothly without hesitation. If the bike 'pings' under acceleration it is too advanced.

Well that's the basic procedure to follow for a bike that will spin with the starter, but not fire. If there was no power at the coils you would then check the wire from the fuse to the coils. Or if the loom is too hard to get at, just run a wire from the battery positive to the coil positive. It's called hot wiring!
Chopit'nrideit... Prof
Top
Post Reply
1 post • Page 1 of 1